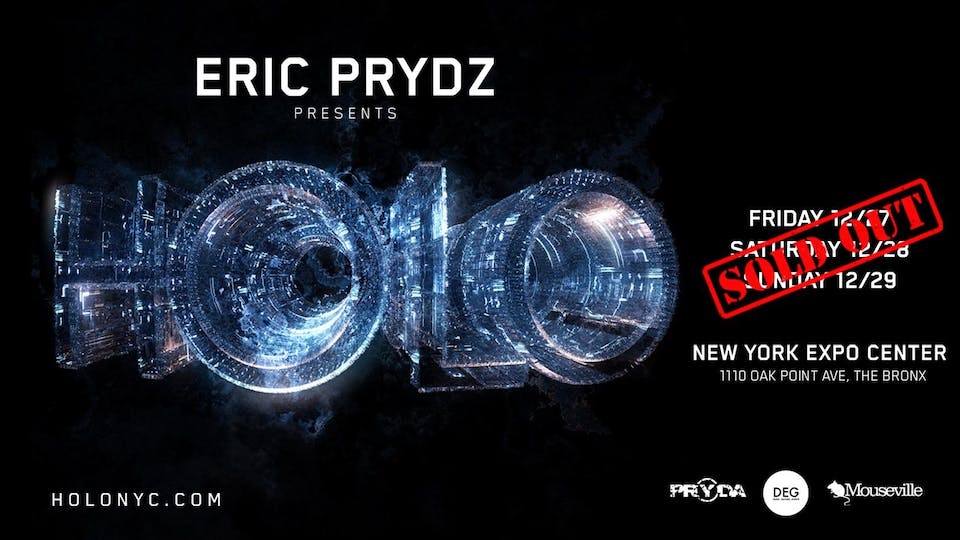 ALL TICKETS SOLD OUT!

First and Only US HOLO Shows

For Ticket Holders: Upgrade for OPEN BAR + TABLES below

Eric Prydz has been a name on everyone’s lips this summer, under his Pryda alias he released an album’s worth of material, his new live shows Holosphere and V O I D, were the talk of Tomorrowland and Creamfields and his Labor Day performance at Brooklyn Mirage was reportedly the biggest of the year.

Prydz continues to push boundaries both in the studio and in the live space, and this Winter, will debut his acclaimed HOLO show in New York, at an incredible cavernous location in the Bronx, the 60,000 sq foot New York Expo Center. Presented by DEG Presents, these will be the first and last US performances of HOLO, and will feature greater production levels than any previous Prydz US show.

HOLO came to life last year as a series of three concerts in the UK, before returning to sell out the 15,000 Steel Yard in London this summer in record-time. The unique combination of video, combined with Prydz signature and bespoke light and laser set up, have made HOLO one of the most admired live shows in electronic music.

HOLO is an outgrowth of Prydz’s original EPIC concert series, which have centered around a pioneering use of holograms. The Verge called these shows ‘the ambitious future of concert tech’ this summer, when the sixth installment of EPIC, HOLOSPHERE, debuted at Tomorrowland. HOLO NYC is a very different show than HOLOSPHERE, which centered Prydz inside a transparent LED physical sphere.

HOLO marks the first major large-scale production concert from Prydz in America, since he performed EPIC 4.0 in 2016. As with EPIC and other Prydz concert experiences, like V O I D, the HOLO shows are site-specific and temporal, no two are the same, and no further HOLO dates are planned at this time.

A HOLO NYC pre-sale sign-up will launch immediately today for both shows. The pre-sale will take place on Sept 10th at 10am EST, with pre-sale codes sent at 9am Sept 10, and is designed to help fans purchase tickets directly for the show, and prevent scalpers moving tickets into the secondary market.

NO REFUNDS - Event is rain or shine. 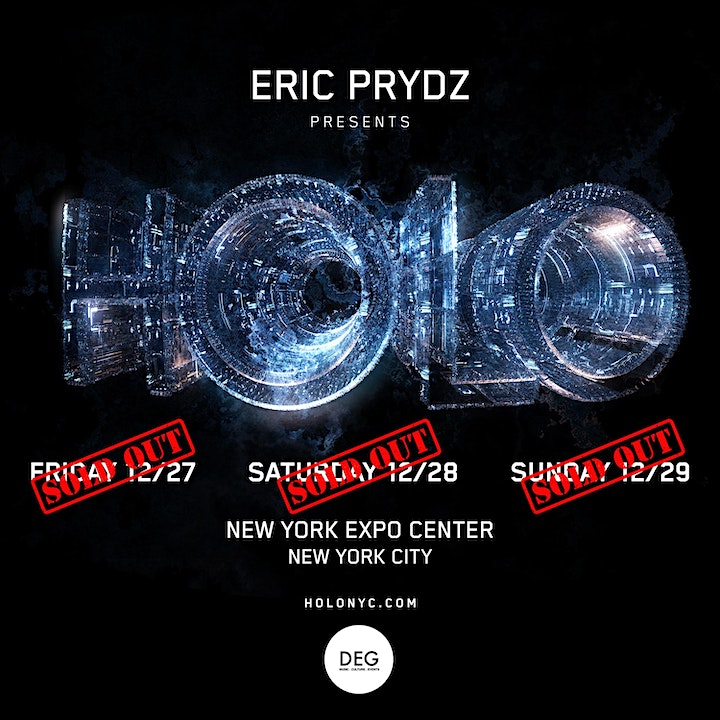